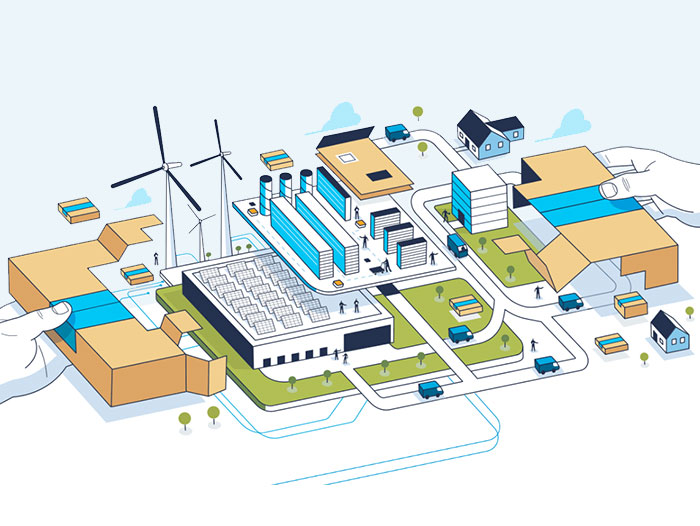 Amazon is pledging to be net-zero carbon across its entire business by 2040.

The e-tail giant is partnering with social/environmental change group Global Optimism to launch the Climate Pledge. Amazon is the first signatory of the pledge, which commits to meet the net-zero carbon targets of the Paris Agreement by 2040, which is a full 10 years ahead of the accord’s stated 2050 goal.

As part of its increased commitment to carbon reduction, Amazon is ordering 100,000 electric delivery vehicles from sustainable vehicle manufacturer Rivian. This $440 million investment represents what Amazon says is the largest order ever of electric delivery vehicles, with vans starting to deliver packages to customers in 2021. Amazon plans to have 10,000 of the new electric vehicles on the road as early as 2022 and all 100,000 vehicles on the road by 2030. The e-tailer estimates this move will save 4 million metric tons of carbon per year by 2030.

Amazon and other companies that sign the Climate Pledge agree to measure and report greenhouse gas emissions on a regular basis; implement decarbonization strategies in line with the Paris Agreement through efforts such as efficiency improvements, renewable energy, and materials reductions; and neutralize any remaining emissions with quantifiable, permanent offsets.

To date, Amazon has launched 15 utility-scale wind and solar renewable energy projects that will generate over 1,300 MW of renewable capacity and deliver more than 3.8 million MWh of clean energy annually – enough to power 368,000 U.S. homes. Amazon has also installed more than 50 solar rooftops on fulfillment centers and sort centers around the globe that generate 98 MW of renewable capacity and deliver 130,000 MWh of clean energy annually.

Vance Publishing Corp. has agreed to a series of deals under which the B2B media and live event producer's assets will be sold off and split among Farm Journal Media, Bobit Business Media, and CCI Media, the company announced today. Under the agreements, expected to be finalized this week, Farm Journal Media will purchase Vance's agriculture and produce assets, including titles AgProfessional, Dairy Herd Management, and Produce Ops. Bobit Business Media will buy Vance's beauty portfolio, which includes Modern Salon and Salon Today, while Vance's woodworking network will be sold to CCI. The announcement marks the end of Vance Publishing, a multimedia company founded in Chicago in 1937. All three transactions encompass not only Vance's print and digital magazine titles, but live events and data products, as well.

Seventeen magazine is the latest legacy magazine to be pushed further out of print. The roughly 75-year-old title is having its print frequency reduced come next year, WWD has learned, going from the current bimonthly schedule to at most a few issues a year. While industry sources had it that the magazine was set to nix print altogether, a Hearst Magazines spokeswoman explained that the brand is moving forward with a “digital-first strategy” but that the magazine will continue to print “special stand-alone issues pegged to news events and key moments in readers’ lives.” Click read more below for additional detail.

John Wiley & Sons, Inc. announced it has signed a definitive agreement to acquire Learning House, a diversified education services provider, from Weld North Holdings. Under the terms of the agreement, Learning House shareholders will receive $200 million in cash. The transaction is expected to close on or around November 1, 2018, subject to customary closing and regulatory conditions. Learning House, headquartered in Louisville (KY), provides online program management (OPM) services for colleges and universities, including graduate and undergraduate programs; short courses, bootcamps, and other skills training and credentialing for students and professionals; pathway services for international students; professional development services for teachers; and learning solutions for corporate clients. Revenue for fiscal year 2018 (ending December 31) is forecast to be approximately $70 million, up 17% from the prior year. Click read more below for additional detail.
Archives
Categories
Copyright 2020 - All Rights Reserved
Back To Top
×Close search
Search