Penguin Random House is gearing up for the upcoming holiday season with the announcement of its now annual seasonal rapid-shipping program for independent booksellers. It is also offering some new things this holiday; a letter from PRH U.S. CEO Madeline McIntosh, to employees, pointed out some seasonal publishing highlights.

In her letter, McIntosh acknowledged that because the publishing schedule was skewed toward the end of the year, “some of our earlier months [were] a little sleepier than I’d have liked,” But, she added, that has changed, pointing to such adult nonfiction bestsellers as 12 Rules for Life, which has sold nearly 900,000 copies, and Educated, which has sold 500,000 copies in all formats. 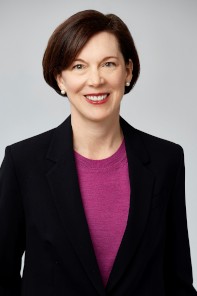 In adult hardcover fiction, McIntosh noted that Little Fires Everywhere has sold over 800,000 copies this year, while Before We Were Yours has moved 700,000 copies. Adult paperback has been led by the Crazy Rich Asians trilogy which has sold a total of 1.2 million copies in 2018. Wonder continues to be a major hit for the children’s department, selling more than 600,000 copies this year and more than 6.3 million since its release.

PRH will support its titles with its now seven-year-old 2-Day-Transit program through which the publisher will ship orders from its Westminster, Maryland and Crawfordsville, Indiana operations centers for its physical titles, received from indies booksellers by 3 p,m, ET Monday-Friday, to arrive at the bookseller in two days or less.

The 2018-19 initiative begins October 1 and runs through March 1, 2019. Titles published by all PRH divisions as well as clients of its distribution arm, Penguin Random House Distribution Services, are eligible for the program.

In today’s Member Spotlight, we feature the University of Houston Digital Media Program (UH DIGM) within the Department of Information and Logistics Technology at the College of Technology. At UH DIGM, students receive a Bachelor of Science degree in Digital Media with specializations in areas like Packaging and Print Media. By integrating Two Sides materials into their curriculum, the faculty educates Digital Media students on the importance of the paper and print industry and the unique sustainable features of paper products. “I meet with every print and packaging course and address the two ‘elephants’ in the room…‘Print is Dead’ and ‘Go Green, Go Paperless,’” says Dr. Jerry Waite, a Professor of Technology and UH DIGM Program Coordinator. To address the “Go Green, Go Paperless” claim, Dr. Waite says he discusses with students the positive benefits of growing trees to absorb CO2 in addition to the carbon sequestering attributes of paper and wood products. Click read more below for additional detail.

The Power of Print: Free is the Magic Number

I imagine most publishers approach ABC day the same way that Vince Vaughn reads his film reviews. Dutifully, but with a gnawing sense of resignation. After all, there’s nothing like a page full of YoY% and PoP% minus signs to get the print doomlords and naysayers rubbing their hands in glee. Trinity Mirror Solutions even coined a name for this negativity: “printism”, thereby drawing attention to a growing consensus in the advertising industry that the medium isn’t "sexy” and that you’re unlikely to win an award or earn a promotion off the back of print activity. The reality is somewhat more nuanced. Whilst it’s true that February’s ABC figures revealed an average annual circulation decline of 4%, 60 magazines posted an uplift and some titles appear to be thriving. Stylist continues to prosper, the NME and Time Out both recorded the highest ABC figures in their history, Shortlist and Sport posted increases which maintained their position as the two most popular men’s magazines on the market and The List saw its circulation rocket by 67%. Of course, these titles all have a couple of things in common, other than their success. They are all free and they are all aimed squarely at the millennial market that we were told had fallen out of love with print.