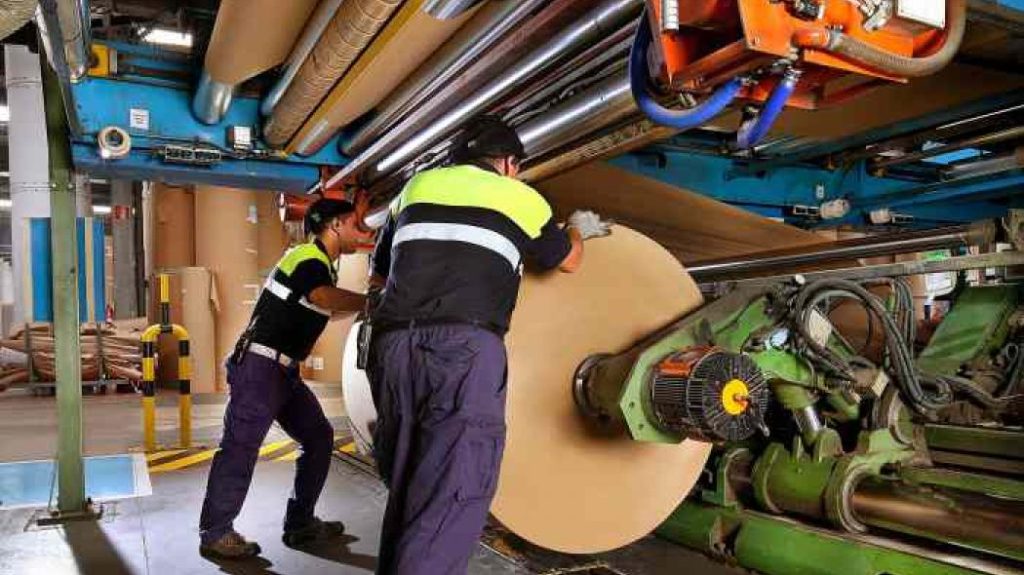 The difference between consolidated and recurring EBITDA is mainly due to the extraordinary effects of the sale of the packaging factory in Tangier and the logistics operator at the port of Viana do Castelo, as well as settlement of the guarantees linked to the acquisition of the paper and packaging factories in Rouen (France) in 2008. In this context, the EBITDA margin rose by 2.4 percentage points to 18.2%, while EBIT amounted to 106 million euros, 37.1% up on the previous year.

“The 2017 results are the best for the third year running, although they do not represent our best possible result,” indicates José Miguel Isidro, Chairman of the Europac Group. In this regard, he stressed that “maintenance of paper demand with additional rises in January 2018 and the downward trend in the price of its raw material, which has accumulated an overall fall of 45 euros per tonne since the beginning of the year, together with the necessary recovery of the margins of the packaging business, allow us to think that the Company’s results have the potential to continue improving.”

Furthermore, the Chairman indicated that “the year improved progressively as it went on and was marked by strong final demand and repeated rises in paper sales prices, which, together with the management endeavours at cost optimisation and productivity improvements, have allowed us to comply with the 2015-2018 strategic objectives one year early, thus confirming the good work performed over recent years, which has had the multiplier effect of good market conditions in 2017.”

American Forest & Paper Association (AF&PA) President and CEO Heidi Brock issued the following statement regarding the Environmental Protection Agency’s (EPA) Boiler Maximum Achievable Control Technology (MACT) proposed rule: “AF&PA is pleased the EPA has moved forward in proposing an achievable Boiler Maximum Achievable Control Technology (MACT) rule. This is the result of more than two decades of work that gives the forest products industry regulatory certainty while encouraging the use of renewable, carbon-neutral fuel. “While limits for several boiler types have become more stringent, we believe they are feasible and affordable. Already, to date, our industry has invested $1 billion in controls to meet Boiler MACT obligations.

The trials for newsprint paper production on the paper machine 6 at UPM Jämsänkoski paper mill as well as paper test runs at printing plants have been successful. As a consequence of this, the product portfolio of uncoated mechanical papers of the paper machine 6 will in the future be extended to cover also newsprint paper.﻿ “Our employees have invested a great deal of effort and development work in recent weeks to get to where we stand today. We have developed high-quality coldset paper grades especially for domestic newsprint customers and the feedback from our customers’ test runs has been extremely good. With those enlarged capabilities of Jämsänkoski PM 6 UPM is able to deliver newsprint qualities uninterruptedly to Finland. This is keeping our site flexible and competitive,” says Antti Hermonen, General Manager, UPM Jämsänkoski. A complete range of SC and newspaper grades can now be produced on site in Jämsänkoski, focusing on our Finnish and Nordic customers with high quality products for newspapers, magazines and advertising supplements.

Stora Enso announced in February plans to permanently close down one paper machine 8 (PM8) and related reorganisation at the Kvarnsveden Mill in Sweden that could affect a maximum of 140 people at the mill. PM8 was permanently shut down in June, and the negotiations between central parties have now been concluded. The impact of the reorganisation and PM8 closure was mitigated through individual solutions, such as early retirement. Altogether the number of people affected will be 122. Stora Enso is convinced that through the measures taken, it is possible to improve the competitiveness of the Kvarnsveden Mill going forward. Production at Kvarnsveden Mill will continue on two lines, PM10 for improved newsprint paper and PM12 for SC papers.
Archives
Categories
Copyright 2021 - All Rights Reserved
Back To Top
×Close search
Search